Are you there J.J. Abrams?  It’s me, Captain Jackson.  Listen, George Lucas even wrote Mace Windu into Star Wars.  Now, I know you and many readers might immediately say, “You’ve got Will Smith in Independence Day and Men in Black, can’t you people ever be happy?”  No.  Thanks for playing.

Let’s face it, Zoe Saldana did an aiiight job with Uhura in the reboot, but she was not nearly as fly or convincing as Nichelle Nichols.  Now, here is my list of people that I think would fit wonderfully in the Star Trek universe.  Check it…

1.  Leon:  Did y’all see this brotha play David Ruffin in The Temptations?  He deserved to win every award out there for how he played that role.  And Little Richard!?!  Please give this man a job doing something in the movie, lawd!

2.  Cynthia Bailey from Real Housewives of Atlanta:  Yes, she and the aforementioned Leon have a child together.  I don’t even know if she can act, but I’m putting her in this list for one reason:  She’s an Alien!  She’s preternaturally beautiful, doesn’t age, doesn’t look like anyone else in her family, and, truth be told, she kinda looks like the Borg Queen.  JJ, you know we have a penchant for green chicks, so put some paint on her and call it a movie.  Jill Masterson in Goldfinger, anyone? 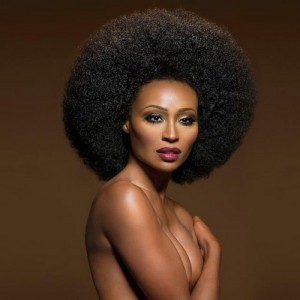 3.  CCH Pounder:  This woman’s eyebrow does more acting than the entire cast of Soulplane and, JJ, hasn’t told us where the plot of the new movie is going, so I say make her a Guinan-like character that allows her to use her quiet, pregnant glances to full effect.

Delroy Lindo: Okay, first off, how did I not know he was British?  Okay, back on topic.  This brotha should play some type of elder statesman.  I’d even settle for a cameo as an Admiral or something.  He’s a truly gifted actor and I bet he can hang a uniform well.  While most people remember him for Malcolm X, I remember him for playing the hell out of the Satchel Page role in Soul of the Game.

Pharrell:  Now, you all could’ve guessed I’m a N.E.R.D. fan.  I’ve been rocking with Pharrell ever since he first threw up the the Vulcan salute in his first video.  I think that type of devotion deserves recompense, so let him do the soundtrack or something.  Better yet, give him a bit part, let him play himself, a bon vivant playboy musician who all the ladies fawn over.

What’dya think?  Did I miss anyone? Chime in, be creative.